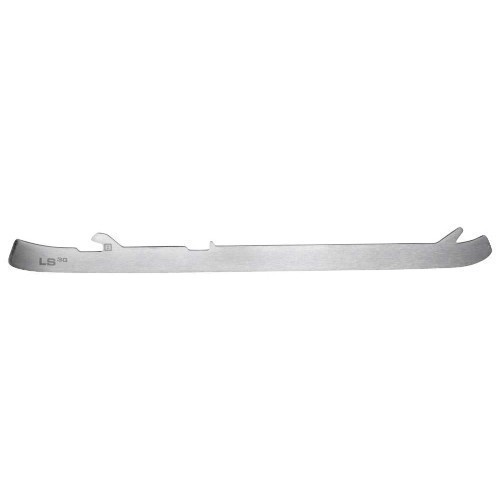 The Bauer LS3G VERTEXX EDGE Goal Skate Runner represents the lightest and strongest goalie skate blade to date. The 3mm blade thickness and combination of steel and aluminum help significantly reduce the overall weight of the blade versus a standard stainless steel runner.

The LS3G Vertexx Edge goalie runner features a combination of steel and aluminum and are designed to fit in the new Vertexx Edge Holders. These runners also include the Vertexx Edge LS3G tool that allows you to change your runners out in seconds. Less weight in the skates due to the light weight runners means quicker movements and less fatigue, resulting in a significant impact on performance. These runners are sold in pairs.

Send to a friend Print notes